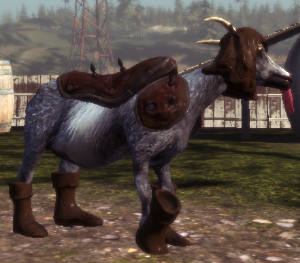 "The Rouge is a stealthy and dextrous class, able to apply make-up unseen and wherever needed.

Always being one step ahead of danger, Rouges can gain the advantage over their enemy by being adept at a variety of skills, such as applying foundation, stealthily putting on mascara without being seen, using eyeliner in a precise fashion at just the right place, and finishing it off with a rich lipstick.

The Rouge's two abilities are Stealth and Stunlock."

The Rouge is a mutator that dresses the goat in leather armor. 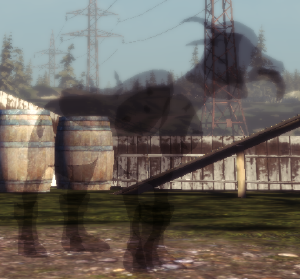 A master Rouge hides in the shadows of broad daylight. 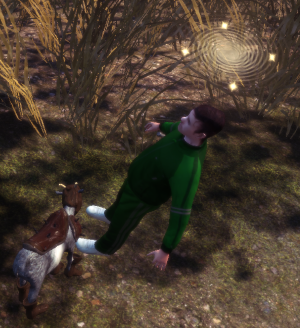 A Rouge stuns his target before dragging him away to apply garish makeup.

"Rouge" is a common misspelling of "rogue", a common RPG class. It is also a cosmetic, otherwise known as blush. Rouge is French for red.

Rogues in the popular MMORPG World of Warcraft are infamous for their ability go invisible using their Stealth ability, and to chain-stun enemy players, tearing them to pieces before they can ever retaliate. This may be the source of both the "Stealth" and the "Stunlock" abilities.

The Rouge can unlock new pieces of armor by doing certain things.