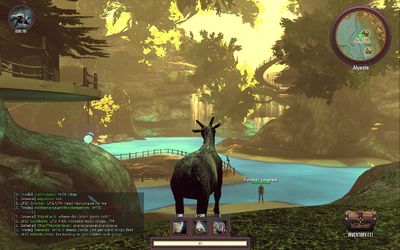 Alvesta is a location in Goat MMO Simulator.

Alvesta is the home village of the elves, strange people who walk like snails, birds, woodpeckers, or bears. They live in huts in trees, and are big fans of plants and throw pillows. They also have their own boy band Called The elf street boys

At the foot of the tallest tree rests Excalibur, waiting for a worthy goat to wield it. It is located in a square shaped stone and if you go near it it vibrates

Alvesta is north of Mermaid's Tail.